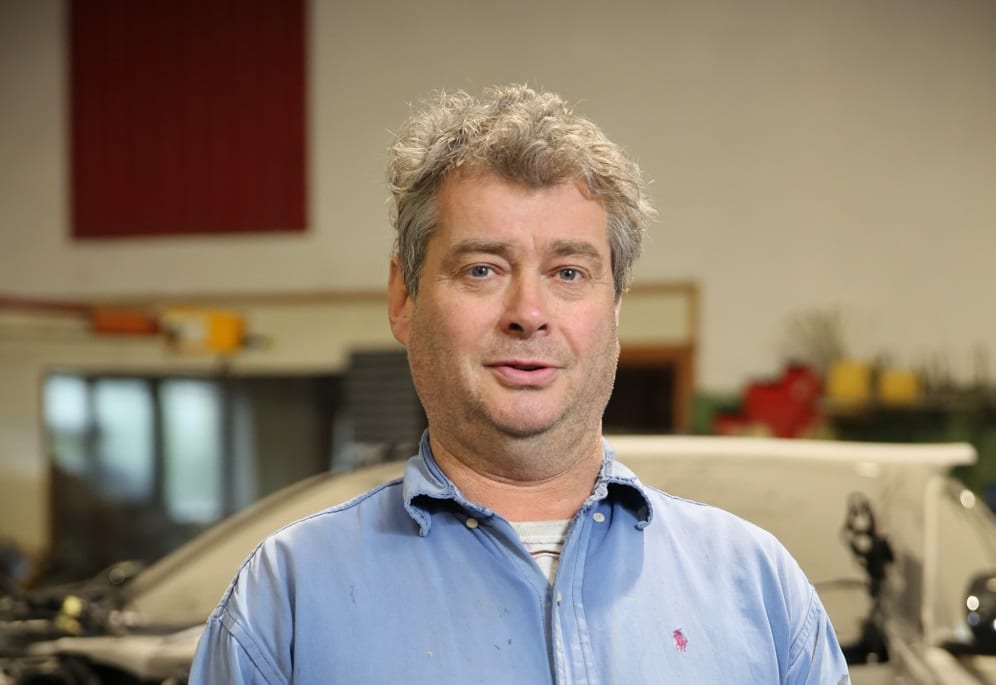 By NIBA14 December 2020News
No Comments

The Northern Ireland Bodyshop Alliance, (NIBA) an organisation comprised mainly of local vehicle repairers has this month stepped up their efforts to promote the independent sector of the industry with what is believed to be the first of its kind television adverts.

Two 30-second advertisements have been created which set out a simple message for the public faced with the emergency of accident damage to their car – call someone who knows how to fix your car – a specialist car repairer – rather than an insurance company.

Richard Hastings, a long-established business owner in the trade and Chairman of NIBA, explains the reasons for the TV campaign.

“When you have an accident in your car, you are in an immediate crisis and not sure what you need to do to get yourself sorted. As most people will be insured for the costs of the repairs, their first thought is often to ring the insurance company to get them to handle things for them.

The NIBA message to the public is to make them think twice about that instinctive thought – whilst insurance companies ultimately provide the method of payment for repairs they do not actually do the repairs – so it is our recommendation that you put yourself in the hands of a reputable independent vehicle repairer – we are the right people for the job.”

The first advert which began airing on ITV last week highlights a number of important professional experts and prompts the viewer to appreciate that whilst the person may be an expert in their own field, that doesn’t mean you would expect them to be able to do the job of another specialist from a different industry.

Jonathan McKeown, CEO of accident management company CRASH Services who are supporting the NIBA campaign, spells out the intention of the advert as; “We all know that doctors, firefighters, electricians, and plumbers are people you call on when you are sick, have a fire, a wiring problem or a burst water-pipe respectively – you call the right person with the right skills for the issue that needs to be dealt with. And so it should be for vehicle repairs – you call a car repairer, not an insurance company.”

The second TV spot features a more dramatic start with two vehicles meeting in an unfortunate way at a road junction. Faced with one mishap, calling an insurer might not initially seem like another but Mr. Hastings advises that it’s always worth taking a step back and getting independent help before the insurance company is involved.

“We have all watched the TV commercials featuring the nodding dog, the Pavarotti sized opera singer, and the Russian Meercats, and as a result, it’s easy to believe that the insurance industry is a kindly and benevolent force for good – and that is how it should be – but we are not there yet. Some of the biggest names have still got a way to go to always put the customer first, rather than their shareholders.

That is the reason our organisation has pushed the message over the last number of years that when you have an accident it’s YOUR CAR YOUR CHOICE as to where you get the car fixed and in what way.

A full list of members near you can be found on our website www.NIBodyshop.com where you can also find general information on relevant issues.

For example, we have previously highlighted the potential dangers of the compulsory use by insurers of non-original vehicle parts which may not perform as expected in a subsequent accident.”

“Many people do not realise that such replica parts are not crash tested. Their use is also likely to affect the resale value of your car as the warranty you expect is no longer the same and the buyer of your car may not wish to pay what you would otherwise expect if the vehicle was repaired to the highest standards.” Mr. McKeown adds.

“At CRASH we have twenty-five years of experience of helping manage the insurance claims process and in conjunction with the independent car repairers of Northern Ireland we can ensure that you are properly advised as to the best way to proceed in what can be a very complicated process.”

The TV adverts will run initially in December and January before moving to online media outlets and return to our screens later in the year alongside a new and updated 30-second advert for CRASH Services who are celebrating their quarter-century in business.